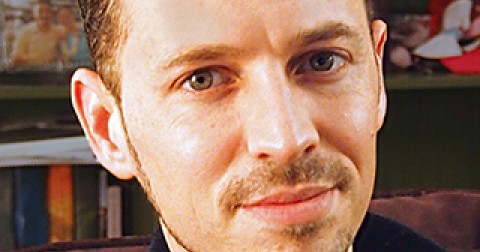 Science deputy news editor and award-winning journalist David Grimm shares his insights on turning scientific concepts into user-friendly language, how scientific papers become news stories, and how he made the transition from scientist to science journalist.

David Grimm is an award-winning journalist and the Online News Editor of Science, the world’s leading journal of science news and scientific research. He is the author of the critically acclaimed book, Citizen Canine: Our Evolving Relationship with Cats and Dogs, which traces the journey of dogs and cats from wild animals to family members, both in our homes and in the eyes of the law.

Grimm is the recipient of the 2010 Animal Reporting Award from the National Press Club and the author of “The Mushroom Cloud’s Silver Lining,” which was featured in The Best American Science and Nature Writing. His work has appeared in Science, The Wall Street Journal, The Washington Post, Slate, Time, BuzzFeed, U.S. News and World Report, The Financial Times, and a variety of other publications. He has a PhD in genetics from Yale University and teaches science writing at Johns Hopkins.

Grimm has written on numerous topics, but his favorite stories involve animal welfare. In 2009, he wrote “A Cure for Euthanasia?”, which followed the quest to develop a birth control vaccine for cats and dogs in an effort to curb the mass killing of these animals in shelters and streets around the globe. He has also written about the use of cats and dogs in U.S. research laboratories and the ethics of keeping dolphins in captivity.

Grimm lives in Baltimore with his wife, twin girls, and two cats.