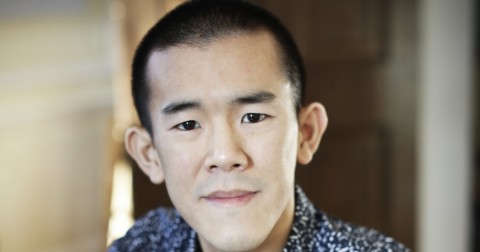 Register for the event: bit.ly/PublicHealthReboot

Ed Yong is a science journalist who reports for The Atlantic. He is based in Washington, DC.

I CONTAIN MULTITUDES, his first book, looks at the amazing partnerships between animals and microbes. Published in 2016, it became a New York Times bestseller, and was listed in best-of-2016 lists by the NYT, NPR, the Economist, the Guardian, and several others. Bill Gates called it “science journalism at its finest”, and Jeopardy! turned it into a clue. His second book, AN IMMENSE WORLD, will look at the extraordinary sensory worlds of other animals.

Prior to joining the Atlantic, Ed’s writing also featured in National Geographic, the New Yorker, Wired, the New York Times, Nature, New Scientist, Scientific American, and other publications. He regularly does talks and interviews, and his TED talk on mind-controlling parasites has been watched by over 1.5 million people.

Ed cares deeply about accurate and nuanced reporting, clear and vivid storytelling, and social equality. He writes about everything that is or was once alive, from the quirky world of animal behaviour to the equally quirky lives of scientists, from the microbes that secretly rule the world to the species that are blinking out of it, from the people who are working to make science more reliable to those who are using it to craft policies. His stories span 3.7 billion years, from the origin of life itself to the COVID-19 pandemic. He is married to Liz Neeley, founder of Liminal Creations, and is parent to Typo, a corgi. He has a Chatham Island black robin named after him.