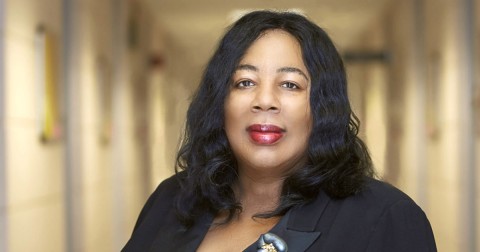 About Harriet A. Washington

Harriet A. Washington is a science writer, editor and ethicist who has been a Research Fellow in Medical Ethics at Harvard Medical School, Visiting Fellow at the Harvard TH Chan School of Public Health, a visiting scholar at DePaul University College of Law and a senior research scholar at the National Center for Bioethics at Tuskegee University. She has also held fellowships at Stanford University, holds a degree in English from the University of Rochester, an MA in journalism from Columbia University and in 2016 was elected a Fellow of the New York Academy of Medicine. She  teaches a  bioethics course at Columbia University and presents her work in the history of medicine to universities throughout the US and Europe.

In 2008, JAMA published an article she co-authored, which formed the basis for  the American Medical Association’s apology to the nation’s black physicians. In 2018, her revelation of Dr. James Marion Sims’ experimental surgeries on African American women led to the removal and banishment of his statue from New York’s Central Park.

Ms. Washington has written widely for popular and science publications and has also been published in refereed books and journals such as Nature, JAMA, The American Journal of Public Health, The New England Journal of Medicine,  The Harvard Public Health Review and The Journal of Law, Medicine, and Ethics. She has been Editor of the Harvard Journal of Minority Public Health and a guest Editor of the Journal of Law, Medicine and Ethics. Her books include Infectious Madness: The Surprising Science of How We “Catch” Mental Illness which she wrote while the 2015-2016 Miriam Shearing Fellow at the University of Nevada’s Black Mountain Institute; Deadly Monopolies: The Shocking Corporate Takeover of Life Itself—and the Consequences for Your Health and Our Medical Future,  and Medical Apartheid: The Dark History of Experimentation from Colonial Times to the Present, which won a National Book Critics Circle Award, the PEN/Oakland Award, and the American Library Association Black Caucus Nonfiction Award.

Her book A Terrible Thing To Waste: Environmental Racism and Its Assault on the American Mind will be published in March, 2019.

A film buff and lover of baroque music, Ms. Washington has also worked as a poison center manager, a classical-music announcer for public radio, and she currently curates a medical film series.