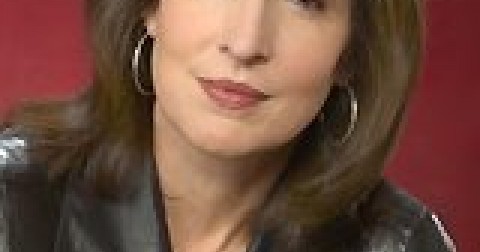 Katrina vanden Heuvel is Editor and Publisher of The Nation.

She is a frequent commentator on American and international politics on ABC, MSNBC, CNN and PBS. Her articles have appeared in The Washington Post, The Los Angeles Times, The New York Times, Foreign Policy magazine and The Boston Globe.

She is the editor of Meltdown: How Greed and Corruption Shattered Our Financial System and How We Can Recover,” (Nation Books, 2009); and co-editor of Taking Back America–And Taking Down The Radical Right.

She is also co-editor (with Stephen F. Cohen) of Voices of Glasnost: Interviews with Gorbachev’s Reformers; editor of The Nation: 1865-1990, and the collection A Just Response: The Nation on Terrorism, Democracy and September 11, 2001.

She writes a weekly web column for The Washington Post. Her blog “Editor’s Cut,” appears at thenation.com.

She is a recipient of Planned Parenthood’s Maggie Award for her article, “Right-to-Lifers Hit Russia.” The special issue she conceived and edited, “Gorbachev’s Soviet Union,” was awarded New York University’s 1988 Olive Branch Award. Vanden Heuvel was also co-editor of “You and We,” a Russian-language feminist newsletter.

She has received awards for public service from numerous groups, including The Liberty Hill Foundation, The Correctional Association and The Association for American-Russian Women. In 2003, she received the New York Civil Liberties Union’s Callaway Prize for the Defense of the Right of Privacy. She is also the recipient of The American-Arab Anti-Discrimination Committee’s 2003 “Voices of Peace” award, and the Asian American Legal Defense and Education Fund’s 2006 “Justice in Action” award. In 2010, she received the Exceptional Woman in Publishing Award honoring women who have made extraordinary contributions to the publishing industry.

Vanden Heuvel also serves on the boards of The Institute for Policy Studies, The Campaign for America’s Future, The Correctional Association of New York, The Franklin and Eleanor Roosevelt Institute and The Sidney Hillman Media Foundation. She is a member of the Committee to Protect Journalist’s Leadership Council, the National Advisory Board of The Roosevelt Institution.

During her visit to Yale she will sit on a panel titled “What’s Left for the Left?” with Howard Dean, former governor of Vermont and past chair of the Democratic National Committee, to discuss the future of progressive politics in the United States. The forum will be moderated by Yale Professor Jacob Hacker, co-author with Paul Pierson of “Winner-Take-All Politics” and widely credited as the “architect” of the public option of health care policy.  Also participating in the conversation will be Yale College junior Daniel Hornung, president of the Yale chapter of the progressive undergraduate organization The Roosevelt Institute.