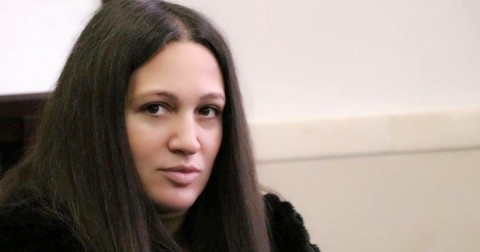 Ksenija Pavlovic, is the White House Correspondent, the Founder and Editor-in-Chief of the independent American media platform in the White House press corps, The Pavlovic Today,  political scientist, author, and an uncompromising advocate for the freedom of the press.

Pavlovic made international headlines and was hailed as a hero by the American public for breaking the White House’s camera ban by streaming the briefing via Periscope app. She has been featured in The Washington Post, Huffington Post, The Hill, CBC, Grazia, The Independent among several other internationally acclaimed media.

Having grown up in a dictatorship under Milosevic, Pavlovic watched seasoned journalists being killed and herself was subjected to atrocious living conditions.

As a speaker at Pierson College Tea at Yale University, Pavlovic will be highlighting her experiences as a White House correspondent under the Trump administration, as well as her commitment to protecting free press, despite the costs.

Pavlovic served as the Senior Instructor in Yale Young Global Scholars, Head Writing Fellow at the Yale Graduate Writing Center as well as the fellow of the prestigious Research and Travel Award in Grand Strategy from International Security Studies at Yale University, and the Roger Hertog fellowship in Religious Violence at Columbia University.