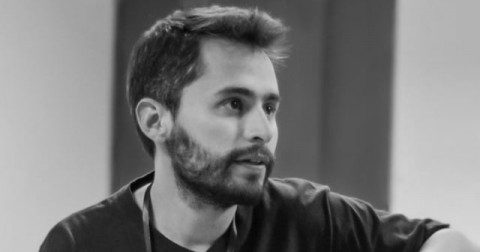 Pedro Lijerón Vargas is a Bolivian journalist, filmmaker, and producer at the Fundación Grupo Ukamau. He is also responsible for the conservation of films of the last 50 years by Grupo Ukamau and Jorge Sanjinés. He is currently involved in the restoration and digitization of “La Nación Clandestina” (1989) and “Para Recibir el Canto de los Pájaros” (1995). He is also the Coordinator of Fundación Grupo Ukamau’s Academic Affairs, leading international workshops, publications, and bibliographic search of materials written by both Ukamau’s members and researchers over the last years.

He was also the producer of the documentary film “En el Murmullo del Viento” (2018), directed by Nina Wara Carrasco, and producing the project “Migrantas”, directed by Malena Bystrowicz and Loreley Unamuno.

Vargas is graduated from the National University of La Plata, Argentina. He has been closely tied with Bolivian cinematography since he was a student, in films such as “Los Andes no creen en Dios” (2007, Antonio Eguino), where he collaborated as an Assistant Art Director, and “Insurgentes” (2012, Jorge Sanjinés), where he served as a Casting Director. He has also worked on other films, including “Norte Estrecho” (2015, Omar Villarroel), “Juana Azurduy, Guerrillera de la Patria Grande” (2016, Jorge Sanjinés), and “Los Viejos Soldados” (2020, Jorge Sanjinés).