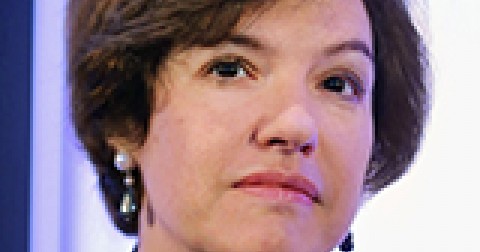 Susan Glasser is the Editor of POLITICO. She was also the founding editor of POLITICO Magazine, the award-winning publication featuring both long-form reporting and opinion journalism. Launched in November 2013, the magazine publishes daily online and bimonthly in print, with a unique blend of hard-hitting reporting and original insight and analysis — from first-person essays, like “Confessions of a Former TSA Agent” that became POLITICO’s most-read article ever, to deeply reported narratives, like its launch cover story, “Locked in the Cabinet,” by Glenn Thrush.

Glasser joined POLITICO last year after several years as editor-in-chief of the award-winning magazine Foreign Policy, overseeing its relaunch in print and as a daily online magazine. During her tenure, the magazine was recognized as a finalist for 10 National Magazine Awards and won three of the magazine world’s highest honors.

Before that, Glasser worked for a decade at The Washington Post, where she was a foreign correspondent, editor and political reporter. She and her husband, New York Times White House correspondent Peter Baker, spent four years as co-chiefs of the Post’s Moscow Bureau, throughout President Vladimir Putin’s first term. Their book, Kremlin Rising: Vladimir Putin’s Russia and the End of Revolution, was published in 2005. Glasser also covered the wars in Afghanistan and Iraq as a correspondent for the Post, including the battle of Tora Bora and the invasion of southern Iraq.

As an editor at the Post, Glasser held a number of senior positions, including assistant managing editor for national news and editor of Outlook, the Post’s weekly section of commentary and ideas. She started at the Post in 1998 as deputy national editor overseeing the Monica Lewinsky investigation and subsequent impeachment of President Bill Clinton, and later served as a national political reporter, covering the intersection of money and politics.
Prior to the Post, Glasser worked for eight years at Roll Call, the newspaper covering the U.S. Congress, where she rose from an intern to be the top editor. A graduate of Harvard University, Glasser lives in Washington with Baker and their son.